REMOTE visualization of MIPS 2021. In collaboration with the company Milestone and the agency Eventually, Levende Streg had the great pleasure of drawing remotely and live for Milestone’s MIPS 2021.

MIPS is where the Milestone Community comes together to share insights, experiences, best practices and the latest innovations.

In 2021, Milestone Systems held a two-day event, MIPS 2021. It was an online event where new technologies and solutions were shown to participants around the world.

In collaboration with Eventually, Levende Streg drew live and REMOTE for this event.

Of course the event was a streamed event that was broadcasted live from a studio in Copenhagen. 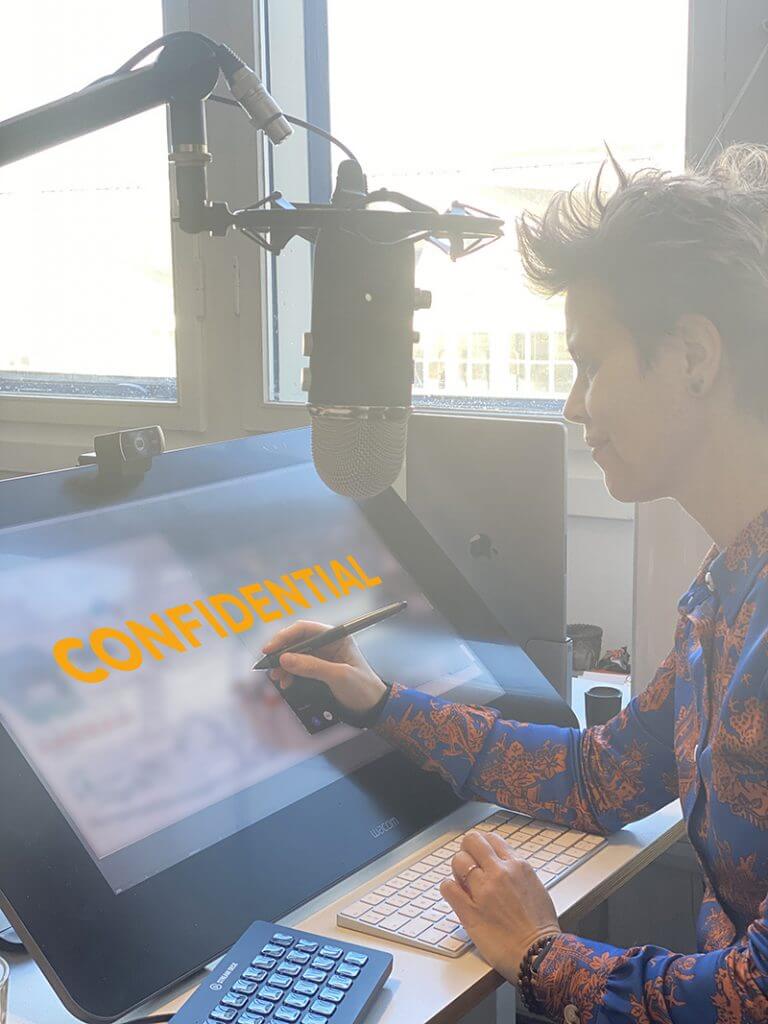 The event itself consisted of two half days of live broadcasting combined with pre-recorded footage.

That is, 3.5 hours x 2, which we had the pleasure of visualizing the contents of. The end product were two large drawings and two speed drawing videos. We recorded the drawing event on video via screen, so the drawing time of 3.5 hours was boiled down to two 5-minute films.

The videos were shown in breaks throughout the day and afterwards sent as links to the participants.

As the picture shows, it is a heavy process computer-wise to draw live while recording live – and convert to film on a 27-inch drawing screen.

Therefore we have a large tech-setup that enables us to record video on a small switcher device (Atem Mini Pro). After the events the recordings are edited and then we speed them up in time.

The production time for a half day event like that makes 3.5 hours of live drawing session. And then in addition to that approximately the same time in editing and exporting the speed drawing video.

How large is the drawing?

The two drawings for the two half days ended up taking up 90 x 2.5 meters. That is, 5 meters drawing in total.

But normally we recommend adjusting the drawing to a format of 1920 x 1080 pixels. That way it’s easy to send out the image files afterwards – maybe you even want to use them as screensavers, printed posters, infographics, postcards or the likes.

As shown below,  the tempo and speed of a remote live drawing is quite fast paced – when we speed up the time.

This means that we have boiled 3.5 hours of video material down to approx. 5 minute of movie. 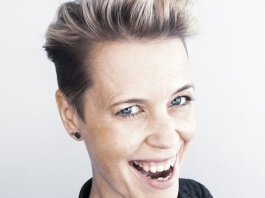